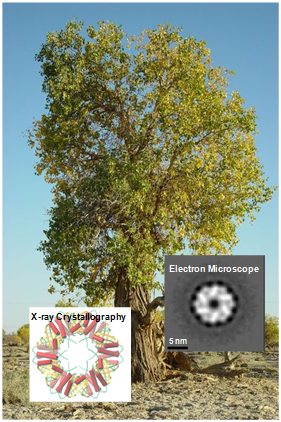 SP Nano’s proprietary SP1 technology utilizes genetically engineered proteins to create self-assembly nanostructures with superior material properties. The SP1 was originally isolated from aspen trees, and its large scale production is done using bacterial fermentation. It is exceptionally resistant to extreme conditions, and therefore is inexpensive to produce. The SP1 physical properties can be easily manipulated by genetic engineering. The N-termini of the SP1 12 sub-units are exposed to the central cavity.   Peptides fused to the N-termini enable binding the SP1 to other materials.

The SP1 protein complex is the core of a 3D nanostructure, with SP Nano’s developing its first nanostructures for carbon nanotubes (CNTs) bound to carbon fabric, aramid and CNT reinforced polymers.

Today, SP Nano is the only company in the world that binds CNT to fabrics using a protein, resulting in the production of cost effective, superior composite materials.

Since their discovery in 1991, Carbon nanotubes (CNTs) have generated huge interest in most areas of science and engineering. Probably the most promising development involves the reinforcement of composites using CNTs. However, their remarkable strength at the microscopic level was not realized yet in the macroscopic world due to the difficulty of achieving two requirements for effective reinforcement, namely:

SP Nano takes advantage of the unique properties of the SP1 protein. The SP1 self assembles into a ring-shaped, 11nm diameter nanoparticles, composed of 12 identical subunits with a central cavity.

Its exceptional stability allows inexpensive production and industrial application. Its twelve N-terminal ends face the central cavity of the protein, and can be easily modified by means of genetic engineering. These twelve binding sites available on the same structure make the SP1 protein a remarkably strong binding agent. By scouting the literature for appropriate binding peptide sequences,

SP Nano has assembled a library of genetically modified SP1 proteins tailored to bind a variety of compounds and materials, such as gold, silicon oxide, titanium oxide and other nano particles.

CNT-specific binding peptides were fused by means of genetic engineering to SP1 N-termini to create CNT-binding SP1 variants, allowing CNT dispersion. These variants also bind to carbon and aramid fabrics, and therefore serve as a cross-bridge between CNT and the fabrics. Thus they provide a cost effective solution for CNT binding to fabrics and composite reinforcement. 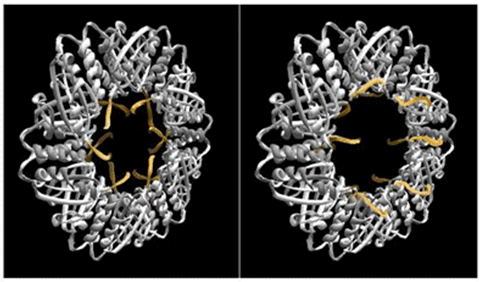 The company’s technology was tested by major global companies and institutes and demonstrated: 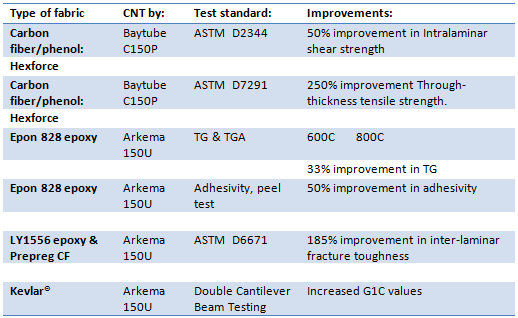